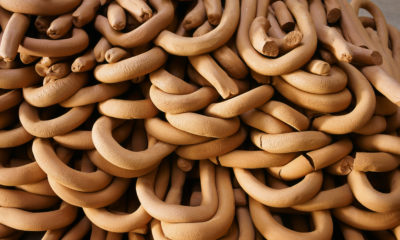 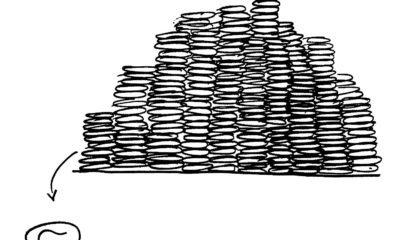 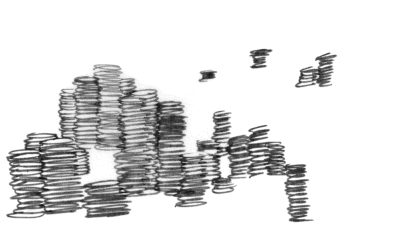 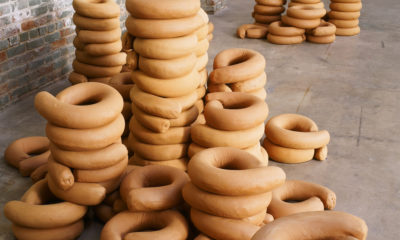 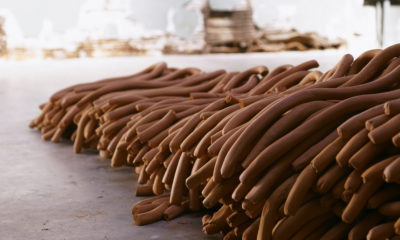 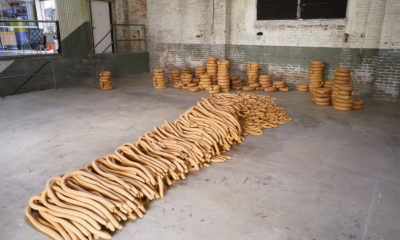 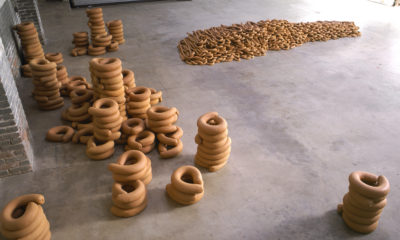 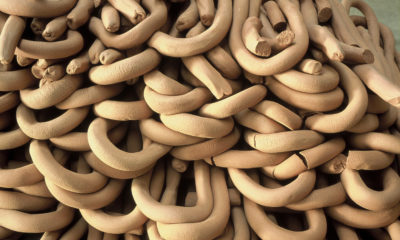 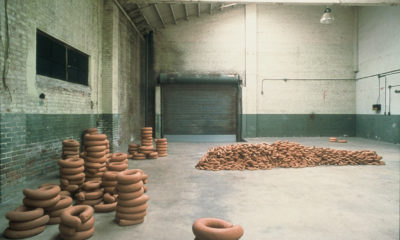 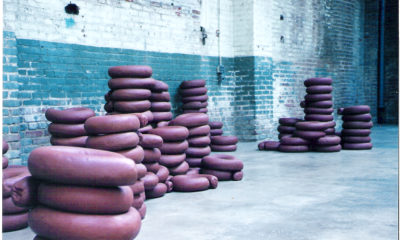 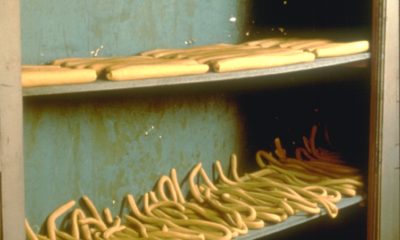 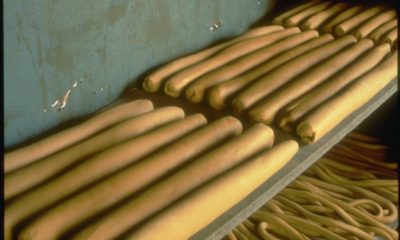 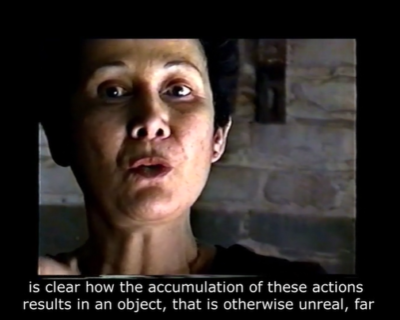 Anna Maria Maiolino
There Could Be Many More Than These, 1997

In a video hosted on INSITE’s archive page, Anna Maria Maiolino can be heard speaking about There could be many more than these/Podría haber muchos más que éstos, an intervention that she carried out in the Children’s Museum of San Diego in response to an invitation to participate in INSITE97, Private Time in Public Space, an edition of the border project curated by Jessica Bradley, Olivier Debroise, Ivo Mesquita, and Sally Yard. The film shows the typical work table that often accompanies the presentation of an artist’s work, as well as some views of the installed piece: unfired rolls of clay, molded by hand and arranged in rows in an industrial-looking space. The exposed cement basement contributed to the minimalist character of the piece. The terracotta-colored coil mounds were arranged according to shape: the thickest and shortest arranged vertically in neat columns, with other thinner and longer ones scattered on the floor. Like all of Maiolino’s work in the “Terra Modelada” series, it has to do with the orderly accumulation of pieces that are similar, but unique, since each one had been molded by Maiolino and a group of young women from a total of four tons of clay over the course of two weeks of intense work.

There is something curious in the location chosen for There could be many more than these. Installed in the basement of the old children’s museum, the work ends up being neither in an actual public space nor in an eminently museum-like space. What is the natural public in this space and what connection could it have with a piece like this? In the installation, like in the whole series, the simple and recurrent shapes adopted by the clay refer to one of the most elemental techniques for making ceramic vessels: rolling. But that ability, which constitutes a basic skill, is also the child’s way of bonding with the material. In the threshold of development of fine motor skills, making rolls is a sensual and playful experience for small children, a primordial gesture, something vital and organic like tying knots, that, in Maiolino’s words, constitutes “happy work” that can be infinitely repeated and explored. This pleasurable experience has an inherent value beyond any practical objective or ulterior representational intention. Although it is an ephemeral act free from the power of representation, it is still a record of a vital cycle: a material transformed by the force of hands acting as an organism. When Maiolino speaks of “vital forms” to refer to the visible product of her clay works, the reference touches the invisible organic force behind them: the vital energy that runs through them, that emerges from a collective agent—she and the women who assist her in creating the piece—that is temporarily embodied in the material as a sensitive gesture.

Anne Wagner ventures a conclusive hypothesis about the paradox that drives Maiolino’s work:1 that almost everything in it invites “a discussion of death” and that, in Maiolino’s work, “what is most alive […] is her exploration of life’s limits and depths."2 In her argument, Wagner emphasizes the archaeological character of the work—especially in Maiolino’s cement casts of the 2000s. Wagner refers to a conversation between Maiolino and Holly Block, in which she maintains: “(…) form limits the life force, imprisons it, but nonetheless permits it to organize itself. As the embodiment of discipline, form is, at the same time, the beginning of death"3

This is an acute observation. Maiolino’s clay pieces never take up a final form: their crudeness gives them an unmatched atypical character. They are an invitation to the tactile, at the same time as they impose a ritual distance that the marks and gestures that have been imprinted on them confer on the material. The emptiness does not manage to take on a form. In ceramics, once the clay has been fired and fixed in the primordial utilitarian forms of a vase or a bowl, it becomes inevitable that a dividing line is drawn between an inside and an outside, between a surface and an emptiness that it contains. Maiolino’s clay coils lack from that limit. In a powerfully poetic way, they are presented to us as primordial forms of energy.