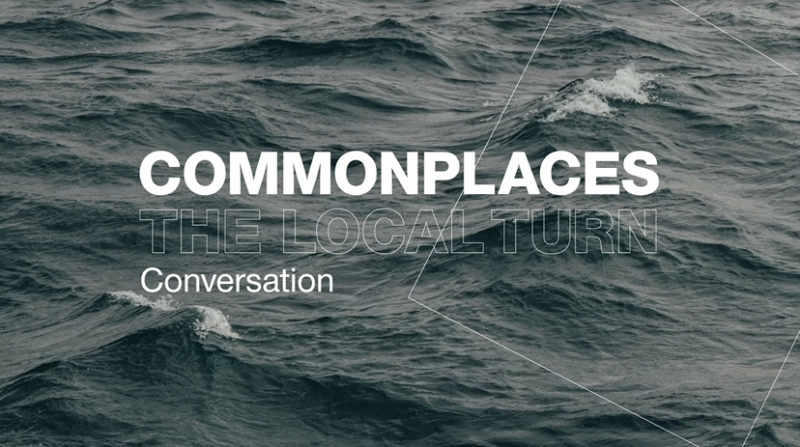 Commonplaces is a new platform to produce work with curators, artists, writers, and thinkers operating locally in different regions of the world. Beginning in March 2021, Miguel A. López will be working from Lima, Peru; Gabi Ngcobo from Johannesburg, South Africa; and Andrea Torreblanca from Southern California and Baja California, US/Mexico.

For Commonplaces, each editor-curator will conceive a context-specific theme from which to develop a project unfolding through three distinct, but interrelated components over the course of at least one year: first, as guest editor of a special issue of the INSITE Journal to be published online and in print; second, as curator of a long-term commission with an artist to devise new work rooted in the place where the project is located; and third, as organizer/moderator of INSITE Conversations that will be presented both locally and through formats accessible to remote publics. Special issues of the INSITE Journal devoted to Commonplaces will include contributions from scholars responding to the project’s theme, documentation of the realization of the artist commission, perspectives by fellow curators on other pertinent works, and selected extant texts. INSITE will also present moderated dialogs among the three editor-curators, exploring the intersection (and disjuncture) of their experiences.

Commonplaces emerged from a two-year period of considering the relevance and sustainability of INSITE’s practice as it has evolved over nearly three decades—particularly its model of episodic residencies in which artists and curators were asked to propose new work in response to the place and neighborhoods where INSITE was located (the San Diego/Tijuana border region from 1992 to 2013, and Mexico City from 2013 to 2018). Discussions began in early 2019, just after the completion of the sixth version of INSITE, inSite/Casa Gallina. These coincided with the launch of the comprehensive online INSITE Archive and the publication of the first three issues of the INSITE Journal. (Ultimately, the approach developed for the Journal was formative as a point of departure for Commonplaces.) The dramatic events of the past year simultaneously have impelled INSITE to look inward and assess the efficacy of its programs and commitments.

Several questions were key as INSITE imagined new formats that would accommodate both its deeply rooted interest in conceiving platforms for the creation of new work in the public sphere and the exigencies of the current moment: What would be the impact if curators and artists didn’t travel to INSITE’s physical base in the context of periodic editions, but were invited instead to delve into their own places of origin or residence? What narratives and microhistories might emerge as the projects evolved, according to their own pace and rhythm, in these disparate geographies? What mechanisms could INSITE employ to make visible, disseminate, and provoke a broader dialog around the knowledge gained through projects centered on primarily local, often idiosyncratic issues and interests?

Together with new productions based on material in the INSITE Archive and the publication of future issues of the INSITE Journal, Commonplaces represents a significant shift as INSITE moves forward—reflecting and building on its own trajectory through platforms that are intended to prompt critical discourse at the intersection of art and the public sphere.