A Project Immersed in a Neighborhood 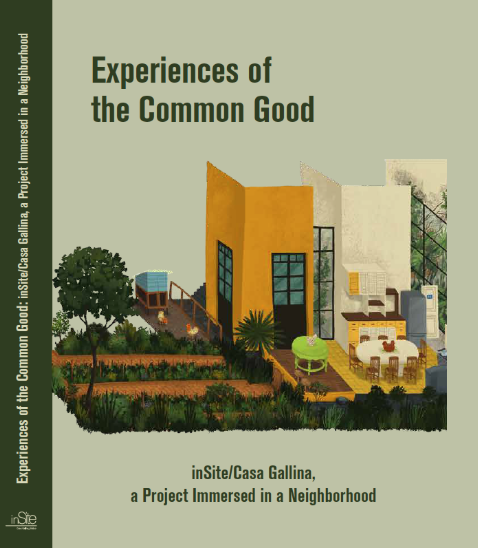 Thirteen years after the inauguration of inSite_05, the fifth edition of INSITE located on the border between Tijuana and San Diego, this book tells the story of the sixth edition known as inSite/Casa Gallina, a six-year project located in the neighborhood of Santa María la Ribera in Mexico City. The collective process of developing this publication involved the neighbors and inSite/Casa Gallina participants, the permanent team (some of whom were neighbors), contributors engaged by the inSite/Casa Gallina team to lead specific actions (workshops, courses, artistic projects), and invited guest writers (those who were not affiliated with the project or neighborhood, but were asked to write about specific related topics). This book is, therefore, among other things, a collection of the experiences of individuals who were, at various points, in contact with inSite/Casa Gallina and its activities. The project proposed that although there would be artists (predominantly from Mexico) invited to participate in residencies and long-term research, neither they nor their works would be the main focus, but would constitute only one of the elements of a constellation of cultural, educational, scientific, and communal-social activities organized by inSite/Casa Gallina with residents of Santa María la Ribera. Instead of seeing the community at the service of a reconceptualized notion of “social art practice,” the initiative would focus on the neighborhood in order to provide new opportunities for the community to rethink and reimagine itself. Of the six editions of INSITE, inSite/Casa Gallina is, perhaps, at the same time the one least focused on art and most concentrated on challenging curatorial conventions. This publication shows the many ways this dynamic took shape over the six years that the edition was unfolding.