A Dynamic Equilibrium: In Pursuit of Public Terrain, INSITE_05 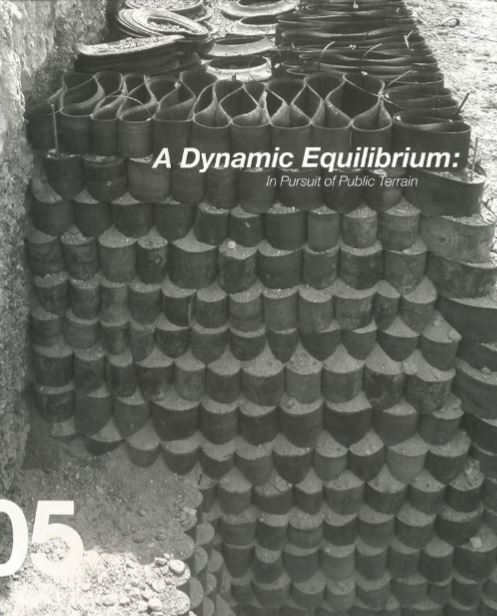 A Dynamic Equilibrium: In Pursuit of Public Terrain, INSITE_05

The essays and dialogues included in this book are drawn from the inSite_05 Conversations, which took place in San Diego-Tijuana from November 2003 through November 2005. Envisioned as working sessions centered around questions pertinent to the terrain of San Diego-Tijuana, the Conversations were conceived to rethink issues of local importance within a broader frame. Drawn from the arenas of art and urbanism, geography and politics, history and philosophy, the texts converge in their quest to make sense of the forces that form the places where disparate publics meet, from the new spaces of capital of Second Empire France probed by David Harvey, to the transcendent twenty-first century “zones of legal exemption” considered by Keller Easterling. Texts by Magali Arriola, Judith Barry, Ute Meta Bauer, Teddy Cruz, Maarten Hajer, Manuel de Landa, Shuddhabrata Sengupta, Eyal Weizman, Måns Wrange, and Sally Yard, together with those by Harvey and Easterling, are amplified in the pointed discussions that are woven through the book.

Conversations was one of inSite_05’s four components, together with Interventions and Scenarios, chronicled in the book [Situational] Public, and the museum exhibition Farsites: Urban Crisis and Domestic Symptoms in Recent Contemporary Art, documented in the book Farsites.