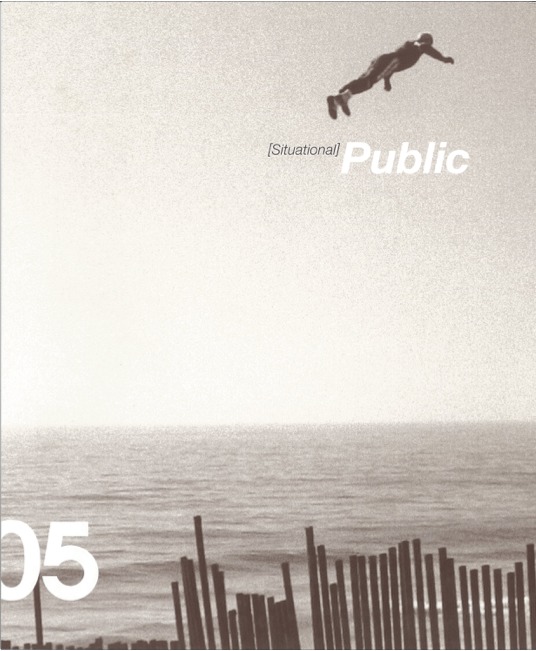 [Situational] Public documents the unfolding process of two key components of inSite_05: Interventions and Scenarios. It details the projects that were commissioned for inSite_05 under the artistic direction of Osvaldo Sánchez.

[Situational] Public traces the development of twenty-two artistic interventions—from their research phase through production and public presentation. These projects were conceived through collaborative processes capable of generating creative associations and instigating situations that would intervene in the public imaginary. This publication also documents the Scenarios projects commissioned for inSite_05: the archive project (Mobile Transborder Archive); the online project (Tijuana Calling); and the live visual and sound image event (Ellipsis).

All of the texts included in [Situational] Public were written by the artists, curators, researchers, and scholars who formed part of the process of inSite_05.

In addition to Interventions and Scenarios, inSite_05 also involved an ongoing program of conferences, symposiums, and lectures, under the umbrella of Conversations, and a museum exhibition entitled Farsites.