“Desert Blizzard” begins with a series of snowflake images that will be “drawn” in the sky in Death Valley, California. A pilot/skywriter will be hired to translate the imagery. This “drawing” will be documented on 16mm film, later to be transferred onto laser disc for video projection. All light sources in the room will be replaced with the original fixtures from the storage area to return a trace of the original aesthetic to the space. The train station, and particularly the baggage/storage area, was chosen as the installation site for its metaphoric implications of romance and loss, storage (as in memory), and allusions to travel in the mind and in space.” – Gary Simmons, INSITE97 (Proposal).

“The “Erasure Drawings” is a series based in the idea of memory, and disappearance. I am concerned with figuring absence, with negotiating between the static vocabulary of race, gender, and class stereotype, and the invisibility of the dimension of human history in the objects I create. Thus, some of the forms I work in are ephemeral—such as the wall drawing—while others memorialize effect. – Gary Simmons, INSITE97 (Proposal).

I am interested in stock renderings of experience that get charged with significance—from popular culture, from sports—but also in their traces, in the ghosts, the human relations they imply. I am interested in making them speak to other ghostly images—of ballrooms, Crowns, and thrones—less obviously related to that same history. By drawing these images from the same kind of source, for example, cartoons, I try to rejoin them in dialogue. I struggle, however, not just to engage but to haunt the viewer. – Gary Simmons, INSITE97.

The erasure drawings are site-specific as wall drawings, thereby implicating the space of their execution in the viewer’s experience of the image. The idea of personalizing the experience of a public work through its reliance on the viewer’s memory has been a way of bridging the idea of what is public and what is private. The “Sky Drawings” are an extension of the “Erasure Drawings” into a site that exceeds our definitions of public and private space. “Desert Blizzard” is an installation that intends to bring together the conceptual issues and site-specificity of both the “erasure drawings” and the “sky drawings.” – Gary Simmons, INSITE97.

Based on his series ‘Erasure Drawings’, Gary Simmons created his INSITE97 project ‘Desert Blizzard’/ ‘Tormenta del desierto’, a film documenting snowflake shapes drawn in the sky by a pilot/skywriter. The film was projected onto a fabricated train departures sign in the Santa Fe Depot baggage room in downtown San Diego. The site was chosen for its reference to romance and loss, and travel through physical and mental space. Simmons was interested in the site-specificity of the sky drawings as well as the ghostly, ephemeral quality of the images that placed them in a liminal space between representation and abstraction. Viewers had to remember what the original images looked like before the smoke dissipated, transforming Simmons’s public art piece into a private one, based on each individual’s memory. 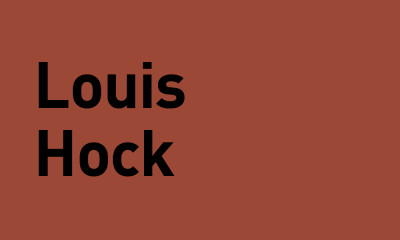